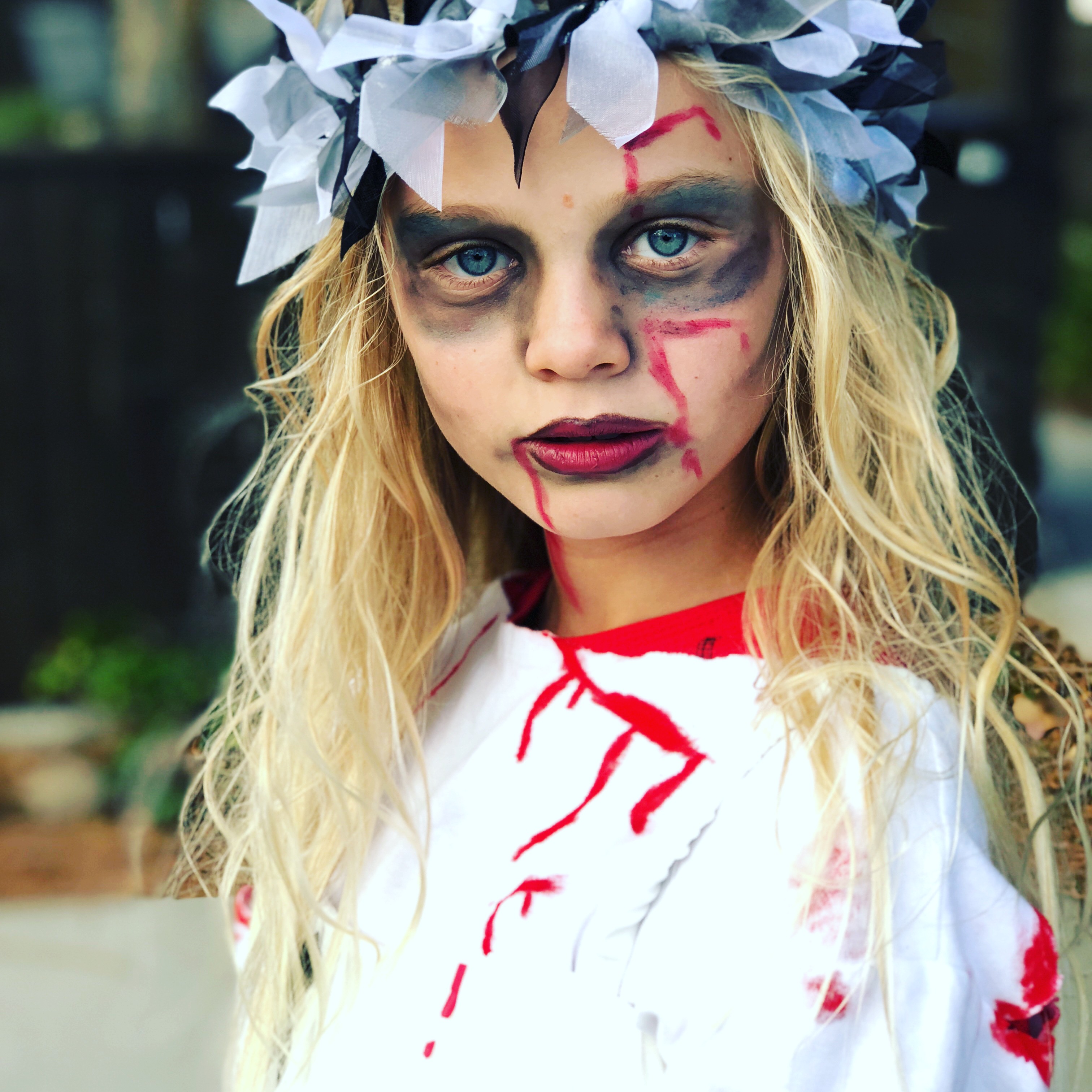 As many of you who know me well or can tell from different comments and posts I’ve made, I don’t love Halloween. Sorry. I know many of you absolutely love it. I have tried to love it. (well, now that’s not really true).  I have also tried to rationalize my dislike and I think I’ve made pretty good headway there. I know you probably couldn’t care less why I don’t love this holiday. But you might be interested in the research I have done to rationalize my hate. So stick around.

Samhain and All Saint’s Day

The history of All Hallow’s Eve can be roughly traced back to the Celtics who celebrated Samhain some 2000 years ago. They celebrated it in Early November. Although historians don’t know for sure that this was the original Halloween, its placement on the calendar makes it a likely influencer. Similarly, All Saints Day is celebrated in Spain on Nov 1. All Saints Day is a celebration of the Dead, departed ancestors. Although there is no proof of connection, the proximity in the calendar makes these two ancient traditions likely participants in the contribution to our modern Halloween. Samhain, however is more about celebrating the change of seasons and was conducted at the end of the summer harvest. There is some evidence that Samhain involved communing with the dead, but this did not seem to be the main purpose for the event.

The idea of dressing up seems to come from a slightly different tradition. “Souling”, “mummying” and “guising” all refer to medieval activities that involved dressing up and going door-to-door asking for food. “Souling” specifically was practiced in Britain and Ireland on Nov 1, called Hallowmas, when the poor would go door-to-door asking for food in exchange for prayers for the dead. (1)

Trick-or-Treat in the U.S.

Trick-or-treating didn’t happen in the US until after WWII. However, American children were known to go door-to-door at Thanksgiving asking for food; a tradition known as Thanksgiving begging.

The “trick” part of Trick-or-Treating was well established in America as part of Halloween by the late 1800s. Tricks became so dangerous and destructive that it is thought that neighborhoods and towns got together to encourage the much more placid dressing-up and going door-to-door Trick-or-Treating, in order to eliminate Tricking.

This Latin American celebration combines an indigenous Aztec tradition with the Catholic All Saints Day. It is celebrated on Oct. 31. This holiday evolved in the New World, like Halloween and holds many similarities. However, Dia de los Muertos clearly celebrates and honors the dead.

Ok so I have found some history in the holiday I dislike. Does that change my feelings? Well, no. Although it seems rooted in several Pagan and Religious traditions that appear to have some depth and purpose, Halloween still seems like an orphan holiday, lost in a world of commercialization and candy, with little reason to call its own. Sorry I am being so harsh, but I am a bit of a traditional girl. I LOVE Thanksgiving and Christmas. And although both of these holidays have also become very commercialized, they have maintained a deeply rooted tradition in American culture that I connect with. I grew up going to Midnight Mass and taking a present for a less fortunate child to the altar. The other children and I got to sit on the steps of the altar for the 2nd half of the service. It was awesome. So was my dress. Christmas morning was MAGICAL and the family gatherings were on par with 20 year reunions.

Thanksgiving was similarly spectacular for me growing up. Our large Italian family would get together early in the day and eat, drink and play for hours and hours. We traveled hundreds of miles to be with family for these Celebrations.

Halloween holds not a candle to these Holidays. While I can see that ANY holiday only holds as much purpose as one’s family has bestowed on it, I see little merit in Halloween. However, if you grew up with amazing memories of deep family traditions around Halloween, I totally get it and would never take that from anyone. I am just telling you my story and that of many friends.

So why all this frustration and need to validate my point of view?

Before I had kids, I was the person who begrudgingly threw on a random shawl or wrap and some jewelry and called it my Costume, on my way to a Halloween party. I have never liked dressing up.

Since I have had kids (they are now 10 and 12) I have developed a whole new Love-Hate relationship with Halloween. I KNOW my kids love it and because I love them dearly and would do anything to see them happy, I have gone with the flow. But the amount of sugar that comes with Halloween has fostered a resentment inside me that is the purpose for my need to figure out where I stand and what to do about Halloween.

With the other Holidays, I am able to find a REASON to relax my rules about my kids not eating sugar. Because Christmas and Thanksgiving hold such amazing memories for me, I can let go and allow my kids to dive into a piece or two of cheesecake (the BEST in the world with a long family tradition). I can breathe through the 2-3 pieces of 5 different pies that accompany Thanksgiving, because it is such an amazing, joyous, special day.

But the fact that I have to negotiate with my kids over how many pieces of Halloween candy they get to eat right away, keep, and eat every night for the next week makes me anxious, frustrated and highly annoyed. “For what?!” I yell inside my head. I have to give in to my kids’ desire to eat candy JUST BECAUSE THEY WENT DOOR-TO-DOOR AND BEGGED FOR IT- FOR NO APPARENT REASON?! And now I am having to give in and let them eat teaspoons and teaspoons of sugar in the name of being a cool mom. Just because that is what we do and “it’s tradition” and “we all did it growing up”. My favorite is, “ I ate tons of candy every Halloween and I’m fine”. Right.

So I have now isolated my resentment: I am forced to allow my kids to eat sugar, over hours of negotiation for a holiday that has no purpose. THAT is it.

I did thoroughly enjoy creating the costume my daughter is wearing in the picture above. She had her ideas clearly in mind and together we created a masterpiece (I know I am biased!). Her creativity shines through and I must say, I am not a bad make-up artist.

So where does that leave us?

Well, the creativity IS cool. And dressing up is fun when you have kids. So…..

Maybe there is a compromise?

My friend Carolyn says that her family hasn’t bought costumes in years. Her kids have to be creative and pull together costumes from what they have at home. I like this idea.

I also like the Trick-or-Treating on a non-school night, when we are not rushed and can enjoy the process. So perhaps an agreed-upon Friday or Saturday night?

Because the sugar is such an issue for me, one idea is a party that I or a friend throws on a weekend night where we play games, eat healthier food and get creative. Of course we would include SOME sweet treats, but the pounds of candy and the door-to-door would not be included. Perhaps my kids would buy into an awesome party in exchange for Trick-or-Treating? Then they could be with their friends, in a fun and controlled environment, playing and creating memories and sharing their amazing costumes. A tradition that is more about relationships than candy and begging. (sorry, had to).

This year has been a success

In her beautiful, Zombie outfit (above) my daughter Leah got to go to an early Trick-or-Treating party this past Saturday night. I enjoyed the pressure-free dressing and make-up session and the gorgeous results. I took tons of pictures of our masterpiece.

Two days later, our family made a discussion. My 12 year old son is “stressed” over what to BE for Halloween and is likely outgrowing it. My daughter had done her Halloween. So we decided as a family, without any arm-twisting, that we would skip Halloween this year and go to Sushi instead.

I could not be more thrilled.

What are your thoughts about Halloween?  Any Ideas for making it a healthier, more tradition-filled holiday?  I’d love to hear what you love about Halloween!

I am completely humbled.   I have always prided myself on my kids' health; especially the…