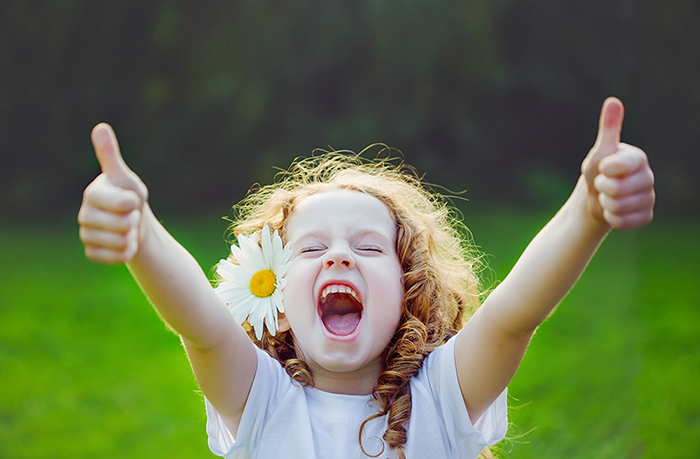 Healing Cavities, How did my kid get so many cavities??? Part 3

In the last 2 articles, I gave an overview of an alternative theory of cavity protection called Dentinal Fluid Flow. This is the idea the that teeth are alive, and have fluid flowing through them that protect, cleanse, and nourish our teeth- as long as it is flowing in the right direction. I discussed the causes of fluid flow disruption and the general principles of keeping this fluid healthy. In this article, I will detail the research and findings of doctors and dentists proving how and why these nutrients are essential.  In the next article, we will delve deeper into exactly HOW to eat the right foods.

Why does this all matter?

Why should you take the time to learn about how foods affect your teeth? Your family already avoids sugar as often as possible, and besides, you don’t have the time to prepare any more food than you already do for your family. It’s all so exhausting! I know, I know, I’m with you, but I can help make this all a bit easier— so bare with me. Just remember:  the definition of insanity is doing the same thing over and over again expecting a different result, right?  Well, if you are “doing everything the dentists and doctors are telling you to do” and your kids still have cavities, I think it’s time to give what I have to say a listen.

Remember these 4 points I made in the last article? Theses are the 4 basic rules we are going to follow and I am going to go into detail on each:

~ Having sufficient fat soluble vitamins in our diets (vitamins A, D, E, K2)
~ Having more minerals in our diet
~ The overconsumption of high phytic acid foods
~ Eating too much sugar in all forms

Unless you live under rock, you’ve certainly heard of and are probably already taking some supplemental Vit D. This epidemic deficiency has been the rage in the past 10 years. Nearly everyone is deficient and we are learning that Vit D deficiency causes everything from heart disease, to chronic pain and fatigue to osteoporosis. Well, it only makes sense that if Vit D is essential to bone health, it would play a major role in tooth health too, right?

Let’s look at what some forward-thinking dentists began discovering nearly 100 years ago. Has this knowledge been lost? Make you wonder……

Dr. Mellanby’s trials, 1920’s and ’30’s
Dr. Edward Mellanby was a British physician in the early 1900’s. He first discovered that feeding dogs oatmeal caused rickets and began to study the interaction with what he later discovered to be phytic acid in the oatmeal and the loss of nutrients that led to rickets. He discovered that phytic acid binds to calcium, magnesium, iron, zinc and other minerals in the body leading to severe deficiency. Most of his career was spent studying nutrient deficiencies with relation to rickets and pellagra. His wife, May Mellanby was a researcher and taking her husbands work a step further, conducted studies on these same nutrients and tooth formation. She and Dr. Mellanby discovered that dietary levels of Vitamin D, were essential to preventing tooth decay as well as providing the building blocks for tooth formation. (Their research can be read in their book, “Nutrition and Disease” downloadable here.

In one study, institutionalized children (so diets could be closely controlled) were monitored for 6 months. There were 2 groups of children: Group 1 was on “The standard diet” which included milk, eggs, meat, fish, vegetables, fruit, bread, oatmeal, a moderate amount of sugar and no supplemental vitamin D, except a small amount in eggs and from sun exposure. Group 2 was on the “The Remineralizing Diet”, which was similar but higher in calcium, and vitamin D was supplemented up to 2000 IU per day. Added sugar was held constant in both diets at about 14 teaspoons per day as sugar, jam and syrup. There was no difference in dental hygiene practices between the two groups.

The differences were startling.

These different outcomes were not due to the amount of sugar consumed, how they brushed their teeth, or even “genetics”. Mrs. Mellanby went on later to state that if children did eat food with phytic acid, that the supplemental level of Vitamin D needed to be increased accordingly.

The people he DID come across in his travels that HAD cavities were living in the modern cities and were eating foods of modern commerce, primarily refined sugar and refined flour. They were of the same descent as the isolated peoples, had not “inter-married” and genetics could not be blamed.

Similar to the Mellanby’s, Dr. Price was a dentist during the early 1900s. He was witnessing the same rampant explosion of cavities in American children and in the 1930’s decided to find out why. He traveled the world, visiting primitive peoples and studying their teeth and health, meticulously photographing and recording what he found. He even brought samples of their foods back to his lab in the US to analyze. To his dismay, all of the isolated, primitive groups he studied had very little tooth decay, no over-crowding of teeth, perfect smiles and overall vibrant health. Even when teeth were covered in slime, less than 2% of the teeth had cavities.

Two things came of Dr. Price’s research:  1)  his analysis of the food they ate showed that their diets consisted of as much as 10 times the amount of minerals and the fat soluble vitamins A, D and K2 as the standard American diet, and 2) the people he DID come across in his travels that HAD cavities were living in the modern cities and were eating foods of modern commerce, primarily refined sugar and refined flour. They were of the same descent as the isolated peoples, had not “inter-married” and genetics could not be blamed. It was ONLY their diet that had changed. In these people, Dr. Price found cavities were rampant and changes in facial structure and tooth over-crowding could be witnessed in one generation.  Dr. Price’s book can be found here and his research has been continued here.

This dentist, Dr. Robert Schroth, DMD, was conducting his research at the University of Manitoba in 2008, which was published in International & American Association for Dental Research. His research was very similar to Dr. Mellanby’s, however THIS research demonstrated that a pregnant MOTHER’S Vit D status GREATLY affected her child’s chances of having cavities! Now we’re back to how important our pre-conception diet is and our nutritional status going into pregnancy.

Dr. Schroth completed a prospective study (2010) to investigate the role of vitamin D levels in expectant mothers and the subsequent rate of cavities in their baby’s teeth.

In this study, 207 pregnant women in their second trimester participated in the study. Only 21 women (10.5%) were found to have adequate vitamin D levels of greater than 32ng/ml.

135 children were examined at 16 months of age (+-7mo) Mothers of children with early-childhood tooth decay had significantly lower vitamin D levels than those whose children were cavity-free. Enamel defects were also found in children with mothers having slightly below the recommended Vit D level.

What about the other minerals?

Aside from the clear preeminence of Vitamin D in the above research, most of their findings also make it clear that high mineral intake and absorption is also essential. Which minerals? Mellanby found that phosphorous and calcium is the right proportions were essential, as well as zinc, iron and magnesium. Teeth require all of these. As Dr. Price discovered, the high intake of the fat-soluble vitamins A and K2, together with Vit D are essential to fetal formation, bone structure, healthy pregnancies as well as strong dental formation. We achieve these high levels in the diet by eating a whole foods diet, high in healthy fats, meats, eggs, dairy, veggies and low in sugar and process carbs.

The next article will discuss exactly what and how to eat to get all the nutrients you need to prevent cavities.

Work with me for in-depth, on-going, personalized programs to prevent and stop cavities!

Go over to My Toolkit to get amazing recipes, lists and bonus material you can download.

Listen to my recent podcast about cavity prevention!  And listen to the amazing Nadine Artemis tell us more than you could ever learn from a typical dentist about your oral health!  This is an amazing podcast!  And check out my Podcast with Holistic Dentist and Functional Orthodontist here and here.

Podcast with Orawellness on Gum Disease and Cavity Prevention and Reversal