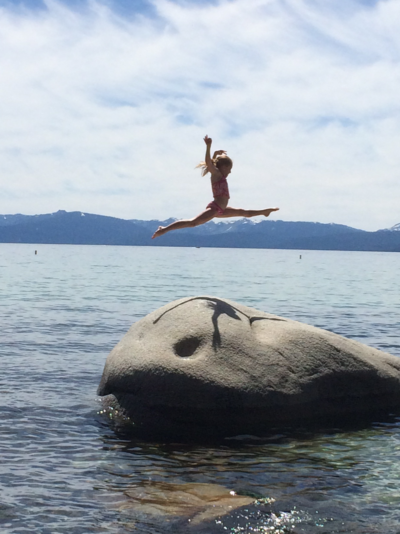 Are you making this mistake with your Young Athlete?

Whether your 6 year old has a 30 minute soccer jubilee, or your 14 yr old has a 1 hour full-length-field soccer match in 90 degree weather, the same mistake is often made.

Loss of Electrolytes and Dehydration- How common is it?

The Harvard Health Publication states that we should trust our thirst and drink water.  According to them as well as the British Medical Journal, sports drink makers spent a lot of money on less than thorough research on the need and effectiveness of their drinks and put most of their effort into creating hyperpalatable drinks that are loaded with calories.  They also over exaggerated the need for the every-day exerciser to actually need electrolyte replacement.  (1)

This article in the New England Journal of Medicine looks at Boston Marathon runners.  Although this is an extreme group of athletes, it is pertinent to our case.  What they found is that the biggest problem afflicting these athletes was OVERHYDRATION.  That is right.  One woman recently died a day after completeing the Marathon due to hyponatremia.  This is where the sodium levels in her body were too low.  This was associated with her level of reported fluid intake and confirmed by her weight gain during the marathon (due to fluid retention).  By drinking too much fluid, athletes actually dilute their sodium concentration in their blood.  If they gain too much fluid weight, their low relative sodium levels can be lethal.  This effect seemed to be INDEPENDENT of the type of fluid they drank- meaning EVEN IF THE FLUID WAS AN ELECTROLYTE DRINK, they still risked hyponatremia.

The solution?  According to this article in the Harvard Health Publications website, the answer is:  let thirst be your guide and water your beverage.

In addition, your child is unlikely to be sweating sufficiently in a 30-60 minute soccer game to lose unsafe levels of water or electrolytes.
All the other stuff in Electrolyte drinks

Some commercial drinks contain as much as 10 teaspoons of sugar in a bottle.  This is out of control and completely unnecessary, as well as unhealthy.  Even worse, some are still made with high-fructose corn syrup (Gatorade stopped using HFCS a couple years ago), which, if you live in a cave and don’t know, is horrible for your liver (think non-alcoholic fatty liver disease), your pancreas (think diabetes) and your body as a whole (think overweight, insulin resistance, metabolic syndrome).  Often used and less understood are alternative sugars, like erythritol, which are sugar alcohols or polyols.  They taste like sugar, but the body doesn’t metabolize them like sugar.  They can be naturally occurring and a lower calorie choice, but this doesn’t make them healthy.  Many are derived from GMO plants and can wreak havoc on your digestive tract.

According to Dr. Josh Axe:

“… you may have noticed erythritol becoming more and more prominent in ingredient lists lately, especially in energy and sports drinks, ]and are]thinking to yourself, what is erythritol? It naturally occurs in some fruits and fermented foods, but the variety being added to food and beverages today is typically man-made from GMO cornstarch, resulting in an ultra-processed food — very far from a natural sweetening agent. It’s one of those “invisible GMO ingredients.” It’s also likely to be an insecticide in the near future since researchers have found that the main component of Truvia®, erythritol has proven potent insecticidal activity.”

Other sugar alcohols include sorbitol, lactitol, maltitol, mannitol and xylitol.  Although some of these have their place ( for example, xylitol may help reduce cavities when in chewing gum), these sugar alcohols can be horrible for people with IBS, SIBO and other intestinal disorders; are questionably as a weight loss tool (may trick the body and actually lead to over-eating) and come from questionable sources.

Most of us know that artificial sweeteners are detrimental to health and should NOT be given to children.  Unfortunately, artificial sweeteners are often used in drinks with a sugar alcohol.  This can be confusing and deceiving.  For example, if you see sucralose and sorbitol in the ingredients list, you may think they sound like innocent, natural sweeteners, but they are anything but.  Stay away!  They wreak havoc on your hormonal system, can confuse your body into storing fat and lead to insulin resistance (1 step away from Diabetes).  Some may even cause cancer.  I wouldn’t take a chance!

Even IF you think your child needs the electrolytes, they most likely do not need the calories that come with a 16oz bottle of Powerade. 1 bottle sports drink can contain up to 6+ tsp of sugar! Your kids should be getting their calories from carefully chosen whole foods, not liquid sugar. A piece of fruit will do the trick.

Under the Code of Federal Regulations, the definition for natural flavor is: “the essential oil, oleoresin, essence or extractive, protein hydrolysate, distillate, or any product of roasting, heating or enzymolysis, which contains the flavoring constituents derived from a spice, fruit or fruit juice, vegetable or vegetable juice, edible yeast, herb, bark, bud, root, leaf or similar plant material, meat, seafood, poultry, eggs, dairy products, or fermentation products thereof, whose significant function in food is flavoring rather than nutritional” (21CFR101.22).

Here are a couple more definitions from the Gatorade ingredients above:

Sucrose Acetate Isobtyrate is an emulsifier and a weighing agent by adding density to beverages. It is now being used instead of brominated vegetable oil. It is an unnatural sugar (sucrose). In one study, it was shown to increase the liver size in dogs.

Glycerol Ester of Rosin is an emulsifier and can be used as an alternative to brominated vegetable oil in citrus-flavored drinks. It gives a more authentic flavor to fruit-flavored water-based drinks. It has been found, in rare cases, to cause allergic reactions.

Yellow 6 food dye has been linked to learning and concentration disorders in children. It can aggravate ADHD symptoms. There are also animal studies that demonstrates potential risk such as kidney and intestinal tumors. In the UK, companies are required to label foods containing it with warning labels!

If you really feel like you are your child need some electrolyte support from extreme sports in extreme heat, try the following:

In general, your child does not need to be drinking glorified sugar water to play a soccer game.  They get electrolytes from food and drinking water when they are thirsty.